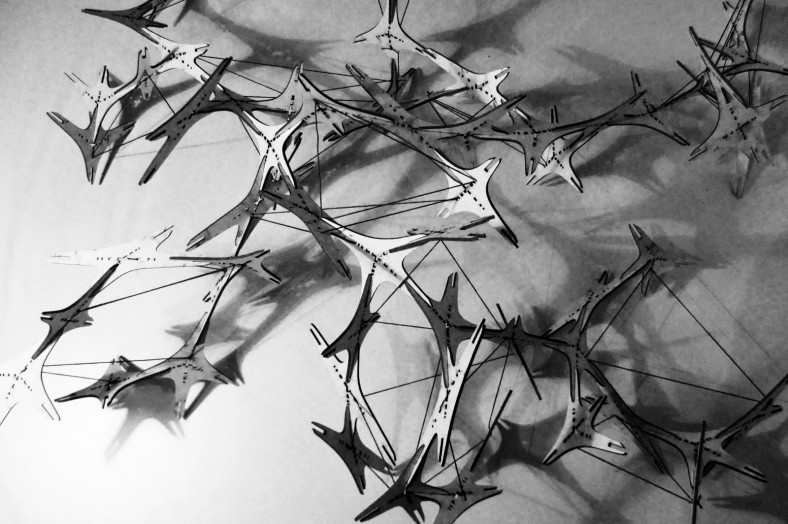 The project aims at investigating multiple component-based systems, based on a coherent assembly of compressed and tensional elements in order to gives rise to complex stable formations.
This modular logic allows for the creation of a flexible system, which can be in any moment disassembled and reassembled in a new coherent whole, in response to changes in the needs of users or in the environmental conditions. The combination of compression-bearing components (wooden modules) and tensile materials (rods or membranes) creates an interdependent structural system, where each component contributes to the stabilization of the others.
The approach towards design and construction is based on the definition of hierarchical rules through the system itself: the basic cross-shaped modules are first assembled in small units, structurally stabilized thorugh tensile elements. These simple units can be then used as elements of the landcape (urban furniture) or be further assembled in the main structure to be built. This logic allows for continuous modification and adaptation of the system itself. 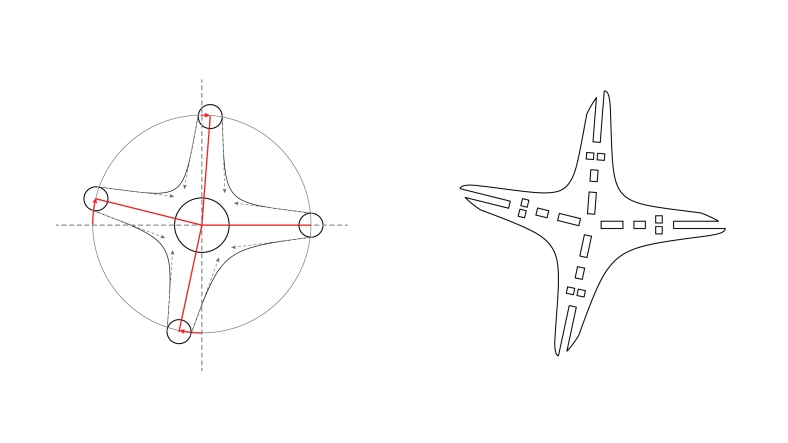 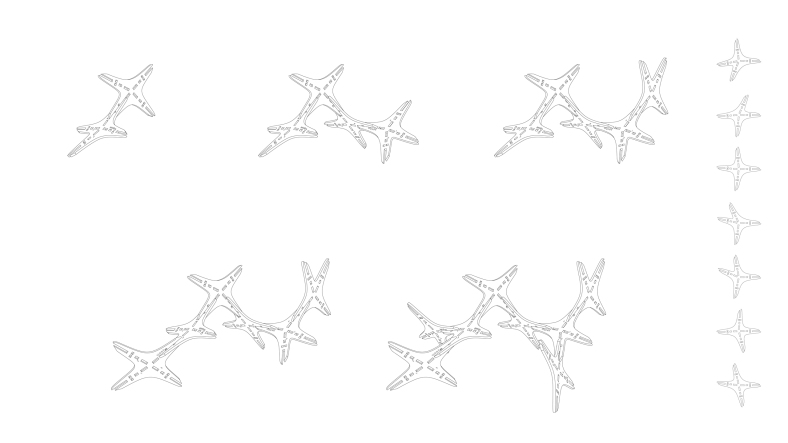 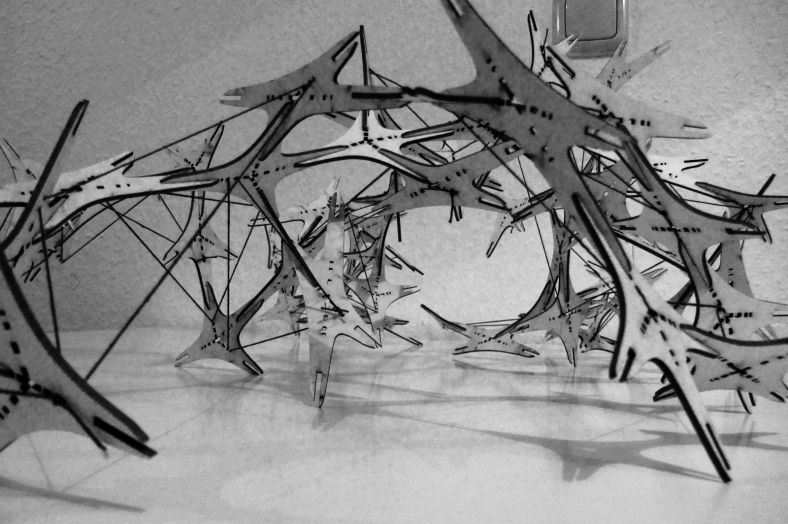 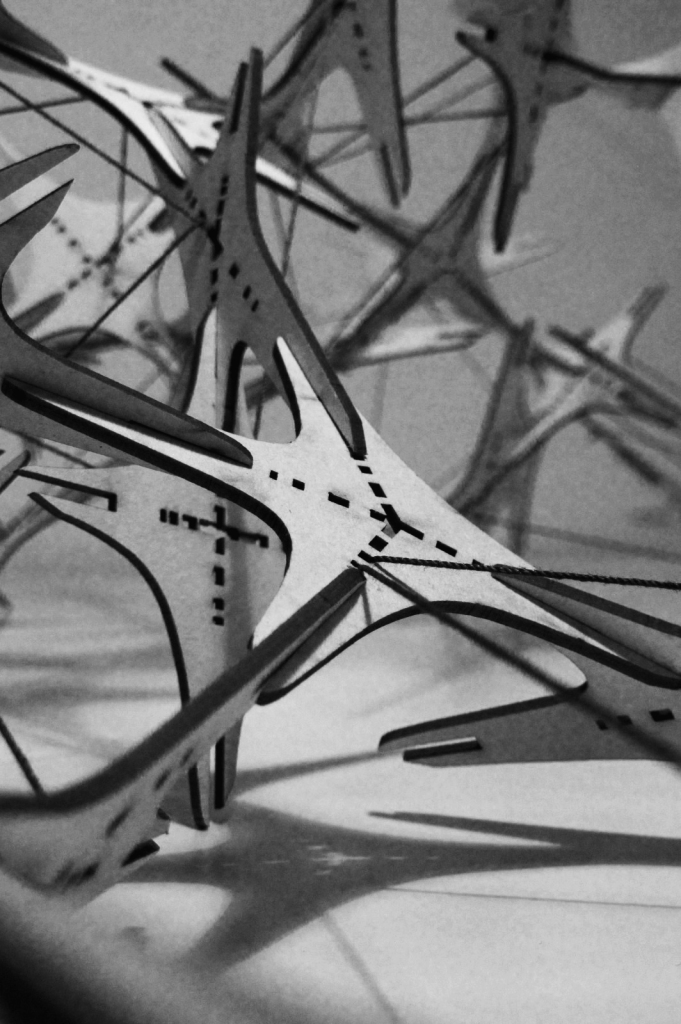